Dr. Don is board certified in pediatrics and adult internal medicine. He received his medical degree from the University of Colorado, then moved to the Waterbury, Connecticut area to be part of a family medical practice for eight years.

Most recently he was chief of pediatrics at a teaching hospital in Nigeria, where he had moved with his family in 2007 as a medical missionary with SIM in response to a call to serve the poorest of the poor.  During that three-year period, he trained Nigerian doctors; cared for hospitalized children, orphans and children with HIV; and went into outlying villages to provide medical care.

He became Samaritan Health Center’s pediatrician and clinic director in 2010.

Sue has been with Samaritan Health Center since it’s inception, initially as the Assistant Director of Nursing and now Nurse Manager.

She is certified in advanced cardiac life support, pediatrics advanced life support, and trauma nurse core course.  Sue has been a staff nurse at the Danbury Hospital emergency department since 1982.

Of all the jobs that Sue has had, taking care of children is her passion.  She and her husband, Mark, have three grown children, one grandson and one granddaughter.  She and Mark spend their free time taking historical trips throughout Connecticut. 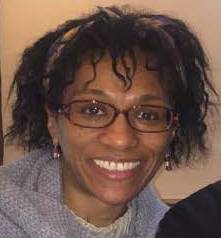 Donna joined Samaritan Health Center  in January, 2016 after nearly five years as Operations Manager for the Good Samaritan Mission, another Jericho Partnership ministry.  She has a lengthy history of human resources and office management experience, specifically in the healthcare and not-for-profit sectors.

Donna feels called to serve at Samaritan and loves helping families connect with various resources in the community.  A scripture she often quotes as a reminder – Blessed are those who trust in the Lord and have made the Lord their hope and confidence (Jeremiah 17:7)

Donna  is married to Collin Shaw and they have two daughters, Olyvia & Payge.

Patricia began working at Samaritan in September, 2020 at a time of transition for our front desk operations.  “Trish” as she likes to be called, came to the clinic with great office experience along with first hand knowledge of Samaritan, as her nephews and niece are all patients!  Her multilingual skills (in addition to English, she speaks, reads, and writes in Portuguese and Spanish) attention to detail, and easy going demeanor make handling our busy front desk a breeze.  Trish splits her time between Samaritan and Jericho’s Youth Ministry serving as a classroom monitor 2 days per week.

Haley started as a volunteer nurse with Samaritan Health Center in 2017 shortly after graduating with her Bachelor’s in Nursing from UConn.  Almost one year later, Haley began working as a staff nurse at Samaritan, alternating between her time with us and at her full time employer Yale New Haven Hospital, where she is a nurse in the emergency department.  Her kind, caring, and sunny personality, along with her gentle touch is a hit with the kids, especially when receiving vaccinations!